I love Bumble. Not for finding a date because I swiped right on love two years ago and I hit the jackpot.

I love Bumble because they believe in the power of women.

In a world where dating, networking, and even finding friends online means wading through a sea of harassment, pictures of eggplants (that no one asked for), and being called every horrifying name in both Merriam Webster’s Dictionary and Urban Dictionary, Bumble is trying to build a kinder more equal internet.

While, Elon Musk’s ‘MuskBros‘ are chasing female reporters off Twitter and every week we hear about a new showrunner, writer, or actress who has left either Twitter or social media altogether (Kelly Tran, you’re amazing!). Bumble acts as a safe place where gun photos and mirror selfies have no place and harassers are quickly removed from the platform. The kinder side of the internet is a single app living on your phone.

As a professional working in a highly competitive industry, LinkedIn isn’t a Network I can choose to leave, I need it. Silly me, I never expected to receive creepy messages on a platform designed for professional use. How naive of me. Sometimes, there are mere minutes between accepting a connection and receiving a message like, “Oh! baby, you’re gorgeous.” or “Hey! I love your eyes!” or (and this is my favourite) “I know this is a professional site but there is something unique about you that lures me to you… let me know if you’re single, I’d love to talk to you on the phone.” No. Hard. No. LinkedIn is not a dating site and acknowledging that it isn’t a dating site before proceeding to hit on me does not make your overture better.

In October of 2017 Bumble Bizz officially launched, providing businesswomen everywhere with a better option for connecting with potential employers and networking within their industry. Adopting the “women make the first move,” concept that the dating side of the app is built on puts women in control and makes the experience of connecting with people for business reasons simpler and less intimidating – also, less creepy. 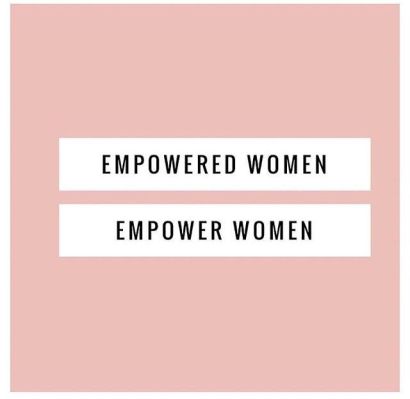 And while creating a safer, more empowered, more women-friendly internet would probably have been enough for any other founder Whitney Wolfe Heard and her team are never done; last month the Bumble team announced the launch of Bumble Fund, a new fund focused on early-stage investments aimed at helping diverse, female entrepreneurs raise capital for their businesses. This fund is desperately needed, according to a recent study by Boston Consulting Group (BCG) and Mass Challenger found that the average female-founded startup received $935,000 in funding. That’s less than half of the $2.1 million given to the male-founded startups in the same study. This remains true despite the fact that women are the better investment, the same study found that female startups made 78 cents per dollar that funded. Male-founded companies only made 31 cents, in case you don’t feel like doing the math, that’s less than HALF of what female-founded start-ups make. Investing in women is just good business and Bumble knows that.

Bumble is the woman who stops you as you walk down the street to tell you she loves your jacket. Bumble is never being asked to pour the coffee in a meeting, just because you’re wearing a skirt. Bumble is proud unabashed girl power.

I love Bumble and you should too. If you’re in Toronto and you see me on Bumble Bizz, swipe right – I’d love to talk to you.

One thought on “Make the First Move…”